The relationship between Vietnam and China is a love-hate relationship for over 1000 years. Recently, riots happened in Ho Chi Minh City and Hanoi, killing dozens of Chinese citizens and the destruction of businesses. How did we get here?

To better understand the nationalistic sentiments that are expressed in the street, we must return to the history of Vietnam. It starts from 43 BC, when the Chinese General Ma Yuan settled Chinese rules on the Vietnamese territory. The first great hero of Vietnam is Tran Hung Dao, that each city has a street or a square. He puts an end to Chinese era between 1257 and 1288. But independence was short-lived. China was called again in support of internal power struggles and the opportunity to regain its dominance. In 1418, Le Loi launched a revolt against Chineses. This will give rise to the Le dynasty. Then came the French progressive colonization from the 1600s which gives alphabet with the Jesuit Alexandre De Rhodes, in parallel with the takeover of the Nguyen Dynasty. In 1885, after the capture of the imperial capital Hue by Frenchs, Vietnam is divided into three provinces: Tonkin, Annam and Cochin China. Then came the Japanese occupation during the Second World War and finally the war of independence led by Ho Chi Minh, whose patriarchal figure remains important for unity and peace in the country. However, it is recognized that Uncle Ho was outvoted during the end of his life, towards a more hard-line of the Communist Party of Vietnam. China was with Russia, support for independence against French troops and the Americans. China took  distance during the conflict between Vietnam and Cambodia, supporting the second during the Khmer Rouge era, while Soviet Russia continued to support the first. 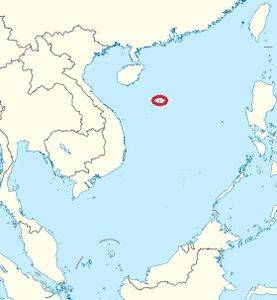 But what causes today the tension in Sino-Vietnamese relations, is due to the territorial problem of Paracel Islands. Chinese speech is clear: not to abandon any historically territory occupied by  China . This creates a different, for example, with Japan in the Senkaku islands. The Paracel Islands, located in the China Sea are disputed between Vietnam, China, Taiwan and the Philippines. But if China already boasts a return of the entire Taiwan territory in its lap, the country is particularly interested with those islands for several reasons: Its geo-strategic position, its interest in the fishery resources and oil resources . Thus, China has installed an oil platform in the waters of the islands, triggering the crisis. A Vietnamese fishing vessel was also boarded by Chinese vessels who want to protect the sovereignty of the territory. China accused vietnamese to hit its boat willingly but violated international rules with no help to the vietnamese fishermen.

A retired vice Ho Chi Minh City mayor on one occasion proudly told Taiwanese guests that the Vietnamese fought over 1,000 years for their independence.

Whether President Obama during his recent Asian tour, or the Secretary of Defense during the Shangri-La Dialogue devoted to safety in Asia, it is clear that the United States wants to position itself as an opponent to Chinese expansion . They do this through their traditional allies (Philippines, Japan), but also through partnerships increasingly strong in Myanmar, Thailand and … in Vietnam. We have already spoken of the pipeline project in South East Asia affecting the geopolitical situation. If the Thai military junta has signaled the end of hostilities in the country, we see a rise of nationalism throughout this area: India, Cambodia, Myanmar … This also leads to ethnic and religious conflicts. It is difficult to gauge how these movements can be manipulated by foreign capital, particularly in Vietnam. The information is very mastered in the country and there is no real political opposition to the Communist Party. Yet, among the personalities are illustrated in these riots, there are some former officers of the Vietnamese army. Beautiful posters printed in English were brandished in Manila by Vietnamese nationals. Who financed and designed it?

An influence on Vietnamese economy

The riots that happened in Vietnam have caused dozens of death (the figures vary between Vietnamese and Chinese sources), hundreds injured and thousands of boutiques, shops and workshops destroyed. Taiwanese and Japanese companies have also been targeted. Some, such as Formosa Plastics, have already announced their departure from the country. All that immediately worried foreign investors in the country and the Vietnamese government, through its Prime Minister was quick to reassure them  The economy blows, it is true, hot and cold since the world financial crisis. Fluctuating fiscal policy attempts to curb excessive growth in some sectors but does not allow a rapid return of  investment for Western societies. In this economic instability is added social instability.

Vietnamese Prime Minister Nguyen Tan Dung, is forced to play a double game and must strike the big neighbor China, from which his country is economically dependent in many aspects. It should also spare his conservative and nationalist wing, personified by military figures, the army being predominant in the country. It should also develop partnerships with other allies against up-carer Chinese expansion. The privileged geographical position makes it a “hub” of the future face to Chinese harbors. But infrastructure development can not be achieved without other capital than the Beijing regime. All these issues make a complex situation to hold. Add to this that, despite official censorship, social networks are commonly used by the population and can lead to rapid flare of a tense situation. The government had conflicting messages in recent weeks, showing firmness in defending the territory while not condoning the riots. A message from the Prime Minister even aired on all mobile phones to clarify that security forces intervene to every illegal act.

It seems clear that China’s position is not likely to bend. Beijing has indicated its displeasure against Japanese and U.S. statements at the Shangri-La Dialogue. If Vietnam can count on Western support in the words, he can not rely on acts. And that ,China knows, observing, moreover, the course of Ukrainian and Syrian conflicts with interest.